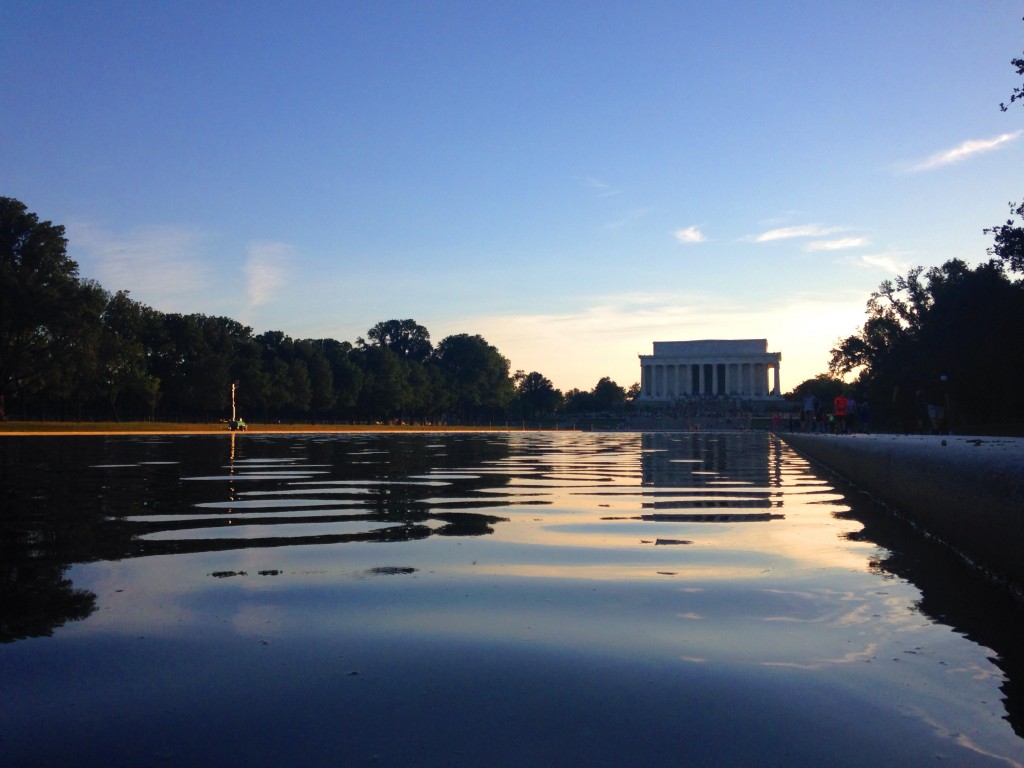 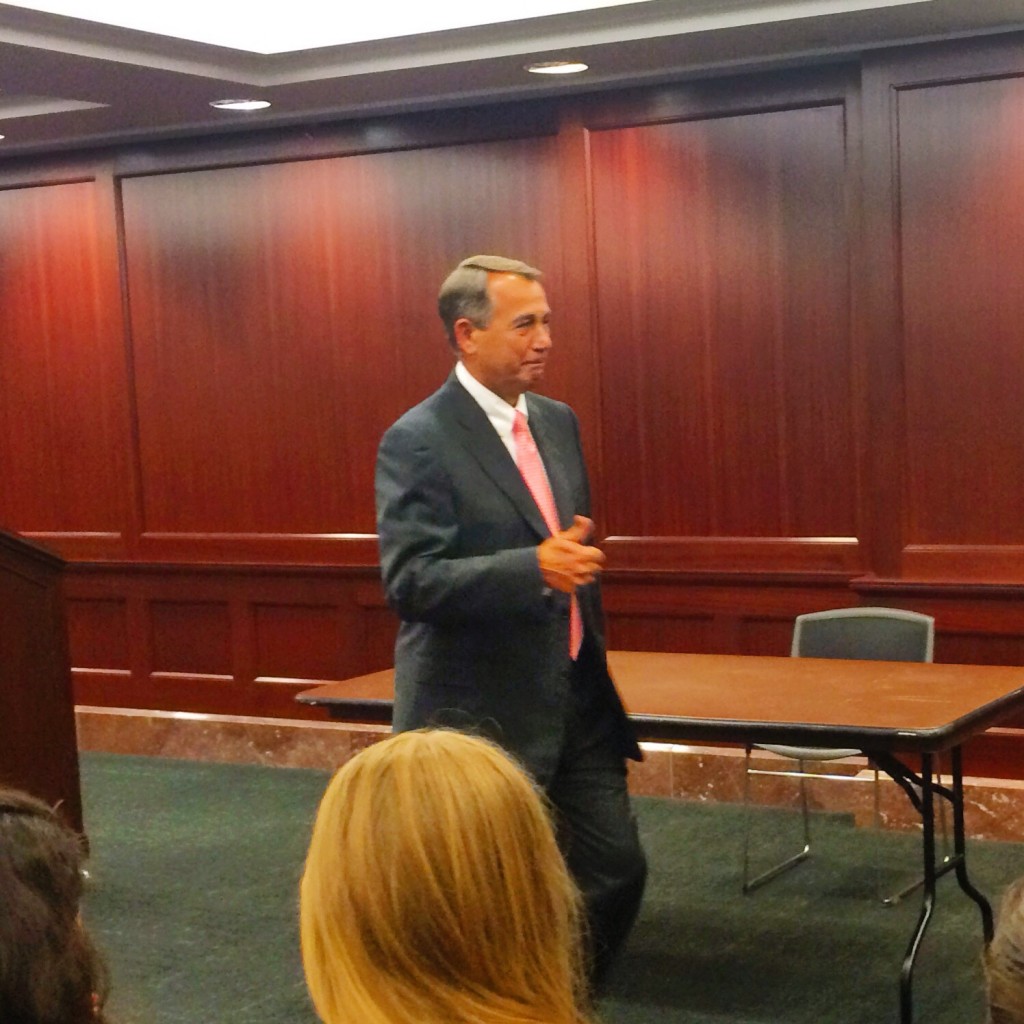 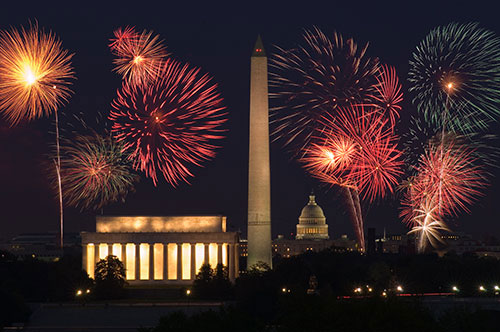 My second day on the job at the U.S. House of Representatives Committee on Homeland Security (CHS*), I was trying to find the Senate Judiciary hearing on constitutional amendment SJR 19, when I ran into former Republican presidential nominee and U.S. Senator from Arizona John McCain and the U.S. Senator from Vermont Bernie Sanders. (In my starstruck hurry to document as unobtrusively as possible my first brush with power, I sort of disregarded any attempt to focus the camera… sorry!) 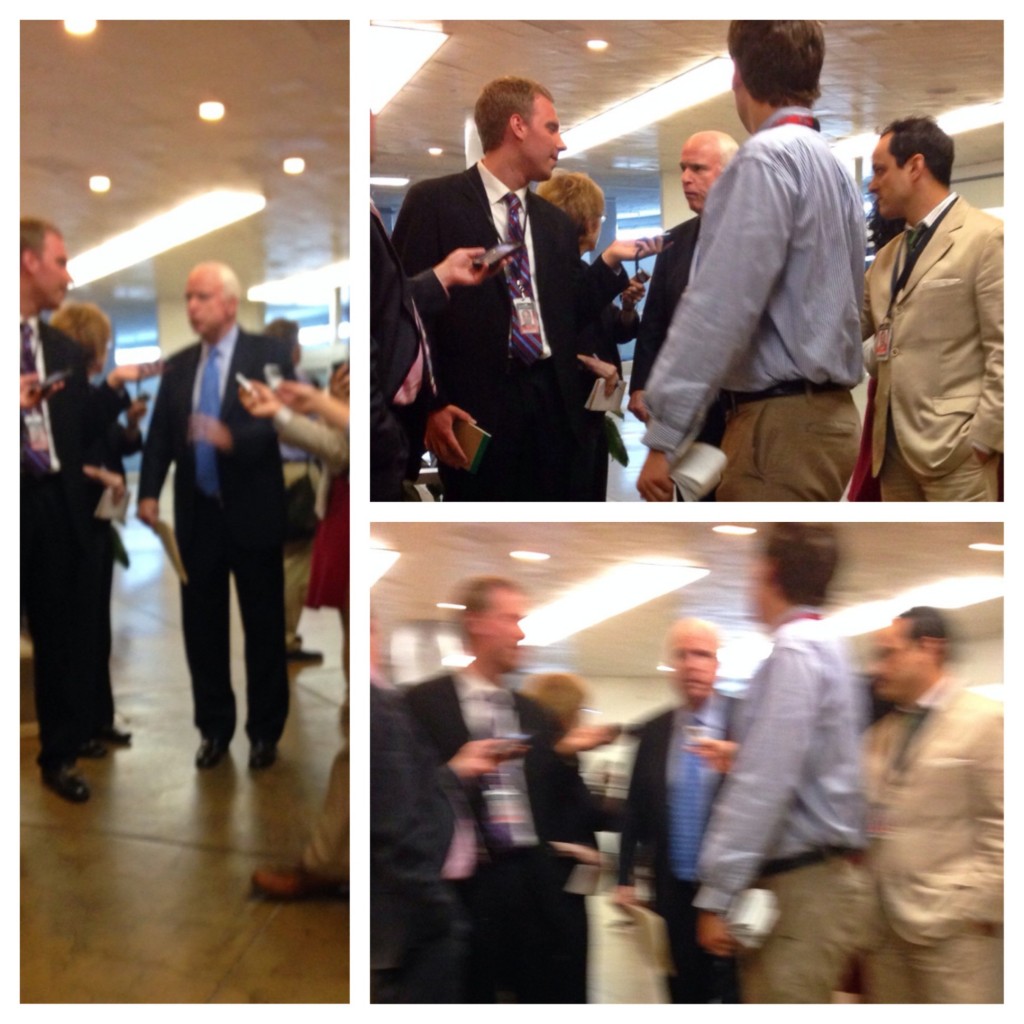 Afterwards, a fellow intern leaned in to tell me that I had done a great job being low-key in my paparazzi stunt, because he had just whipped his phone out and started snapping away, which unfortunately did far more to reconfirm my self-consciousness than validate my yuppiness.

I spent a lot of time this first week attending training/orientations/lectures since the House was out of session all this week– it gets pretty slow when the Members aren’t actually here. So far, I’ve had security and ethics training (mandatory for all congressional staff), staff-led tour training (I can now give tours of the Capitol!), and have gotten my official staff badge! So far at the office, the other four interns and I have been drafting briefs of reports, attending lectures, and running errands around the Hill to the Members’ offices, the hearing room, and the Capitol. My favorite activities so far are: 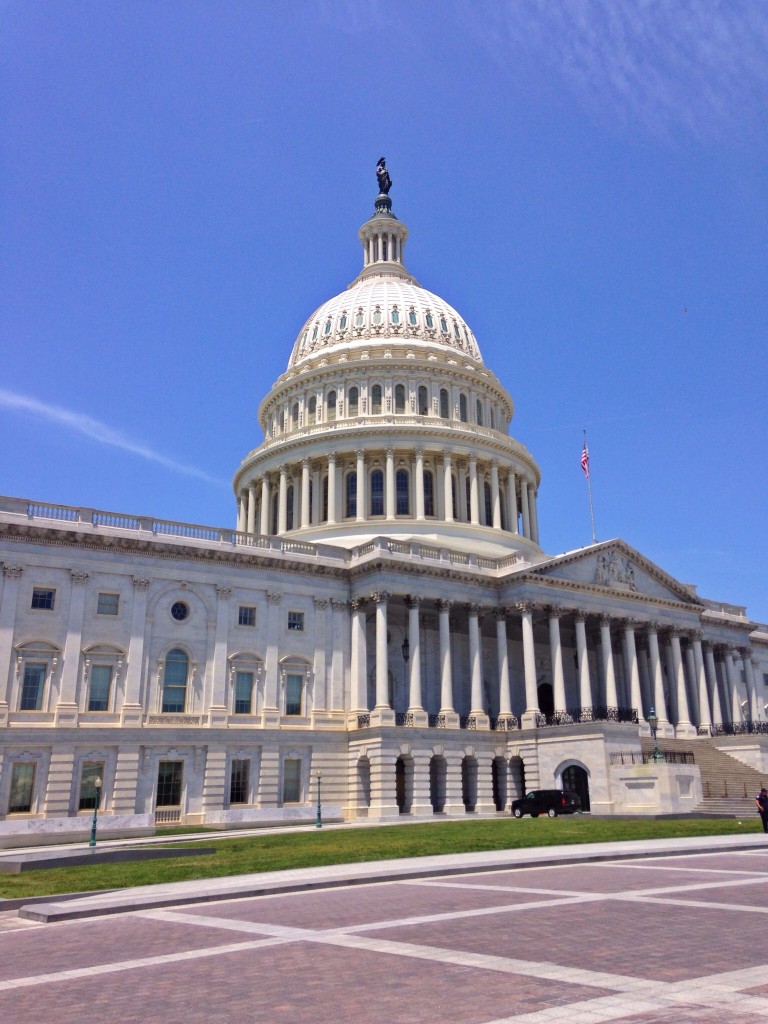 Some of the most interesting/surprising things I’ve found out so far are:

That’s about all from the Hill for now! This week I’m hoping to continue learning ab 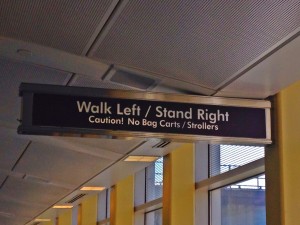 out cybersecurity programs and chemical/biological weapons detection technologies in the subcommittee hearing tomorrow and the full committee markup on Wednesday. There’s also a Senate Judiciary hearing on the Department of Homeland Security (DHS) Wednesday that should also prove to be pretty interesting. Until then, just keep power walking!