I’m sorry my second post is a little delayed! Things have been very very busy here in Mobile, AL. As mentioned in my first post, my main duty for this summer has been to research ways that Mobile Baykeeper and the city of Mobile can mitigate the serious trash pollution problem that exists within the city. After initially asking me to place more focus on determining a total maximum daily load (TMDL) for the amount of trash an entity in Mobile could produce, the executive director at Mobile Baykeeper encouraged me to compile a word document full of multiple environmental ideas and strategies, each given equal importance. Researching has been a blast, and I’ve found myself looking forward to waking up and going back to work each day. I’ve gained a tremendous amount of knowledge about particular city programs, in cities such as Portland, Seattle, and Baltimore, that have been extremely successful in cutting down on the amount of trash generated within the city, and also the amount of polluted stormwater the city generates as well. Through this research, my eyes have been opened to how truly important a city’s government is in helping a city become more environmentally friendly and progressive, and how much a city can accomplish when it sets its mind to it, or in this case, vice versa. Throughout my research, I’ve continued running into a reoccurring theme: the city of Mobile’s lack of efforts and overall apathy in attacking the source of their trash pollution problem. Although the city has just passed a new litter ordinance, which is a step in the right direction, the extent of this litter ordinance is requiring dumpster lids and dumpster reinforcement (with brick) by businesses in Mobile. Again, a city must start somewhere. But many facts I have uncovered about Mobile have hinted at an overall lack of necessary action within the city. For example, street sweeping is an important and basic service that helps cities cut down on the amount of trash and pollutants along city streets. Cities such as Baltimore have street sweeping monthly, weekly, and even daily, depending on the area being swept within the city. Mobile’s street sweeping only occurs every 6 months!

Another role that I have had while at Mobile Baykeeper has been the role of helping with trash cleanup events every Thursday. During the summer, Mobile Baykeeper coordinates cleanup events with missionary groups that are looking for community service opportunities within Mobile. Different sites for cleanup (such as parks, squares, etc.) are chosen based on how littered the area is. 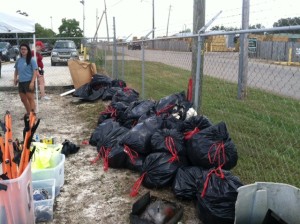 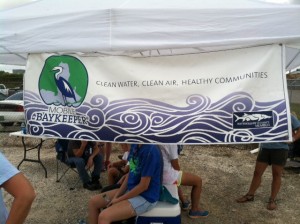 What I’m most proud of during my time spent working here at Mobile Baykeeper is my being able to contribute in Mobile’s efforts to transform itself into a less trash polluted, and environmentally healthy city. This is exactly what I want to do with my life: help cities, states, countries, and the world itself become more sustainable. Therefore, having the opportunity to do this, even if it is in some small way, feels incredible and only reinforces my desire to spend my life doing it. The skills I have learned/gained during my internship so far are invaluable. I am much more knowledgeable of different approaches that can be taken by a city to accomplish its environmental goals, and I will be able to refer back to these approaches in my future career. I’m also much more aware of the important role that managing a city’s budget, or any form of government’s budget for that matter, plays in paving the way for pursuing environmental initiatives. Communicating to the public, and city employees, about the importance of long term benefits vs. short term benefits is also crucial in making progress environmentally. Not only will I be able to use this experience to help me in my courses back at Tulane, but it will also help me significantly in my role as a senator in USG.

Here are some pictures I meant to include in my last post! 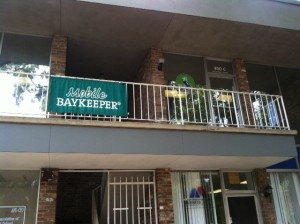 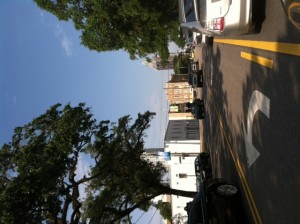