My time at the Red Cross has been more insightful and enriching than I could have hoped. This organization is filled with individuals dedicated to improving the lives of others, uniting communities, and ensuring that people who are in need, are treated equally, fairly, and justly. The organization’s fundamental principles—humanity, impartiality, neutrality, independence, voluntary service, unity and universality—are incorporated so perfectly into every aspect of operation, from the welcoming front desk when you first walk in the office to the prompt care everyone receives in leiu of a disaster. The volunteers, employees, and everyone who I encountered during my time with the Red Cross restored my faith in humanity. I was amazd at the self-lessness people and the dedication that everyone exhibited. 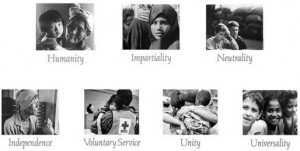 Moving forward, I believe the Red Cross set the ultimate example for the smooth operation of a non-profit. The office was organized, everyone dressed professionally, every team member was treated with respect, and the overall functioning has set forth a standard for what I can expect from a career in the future. I was treated as a full time team member, and this completely helped me realize my importance as an intern. This experience has allowed me to realize the importance of each individual in a professional setting. All of us have a role that must be followed, for the organization depends on us to operate. At times, the mundane acts of entering data or making copies would have me questioning my importance, but when I saw how useful those charts of data were, and where the copies were going to, I realize that I too was contributing to help alleviate the suffering of someone somewhere (even if not instantly, it was helping). My advice to my supervisor would be keep running things how you are; the instructions I received, feedback and encouragement were very educational in an internship setting, and her welcoming and professional presence inspired me to work to my fullest potential. I would advise future interns to have faith in themselves, know the doubts are normal and that you are important! Even if you have to make 750 copies for 3 days in a row.

The critical thinking skills I developed and sharpened in the classroom helped me in completing my daily tasks, and contributed greatly in meetings when I was asked to collaborate on projects or asked of my opinion on implementing programs. I helped with the groundwork for a new Faith-Based Initiative that our Red Cross chapter was granted money to begin. The Red Cross has no current religious affiliation, and our chapter is going to team up with various organizations in the areas to offer a religious or spiritual component in the aftermath of disasters. One of my main tasks this summer was compiling a database of all religious establishments in the three divisions of the Red Cross Central Coast chapter. The territory I examined was Santa Barbara, San Louis Obispo, and Ventura County, totaling around 150 cities. Finding the organizations took a majority of the time, but I was able to complete the database in less time than was anticipated and I was able to locate very specific details for the project manager. Come September, the Faith Based Initiative will go into full effect, and I will have been the one to create this essential groundwork, which will provide all team members with a database of information to allow easy contact in the event of an emergency. My tasks were more substantial than I could have even hoped for, and I am very proud of my accomplishment and happy that I was able to be a part of this new program!